Name: TheXact
Client: Raul Durango
Project: Puzzle game for iOS and Android devices with local & online play up to four players where players play several rounds where in each round they must find the exact number (generated randomly) using basic operations (+ – / *) with several random generated numbers, and after that they will place the obtained result in a grid with
points like the game Scrabble, to obtain a final score for round.

When the game ends the player with the maximum score wins.

The game includes in-app purchases, and items obtained after viewing video ads (is up to the player to request
this operation, as it’s not forced). 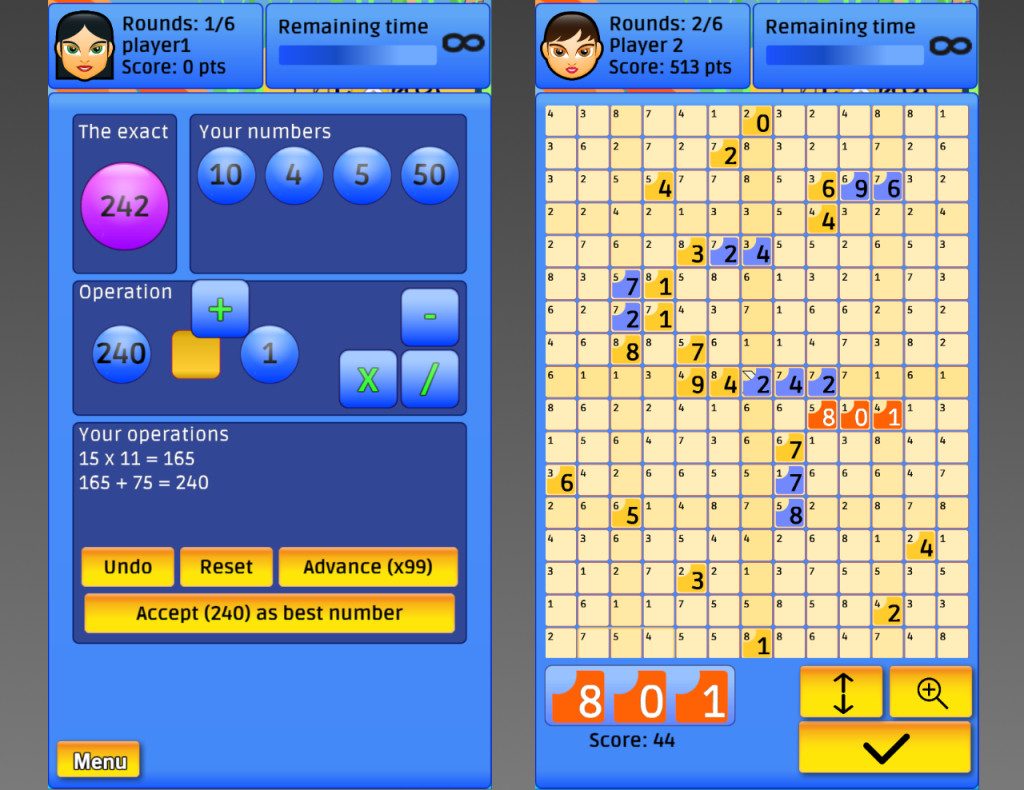